The American Road and Transportation Builders estimate that railroad tracks run more than 13,000 miles in the United States. There are about 600 railroads found nationwide with almost 210,000 railroad crossings. Although trains are not the primary choice for transportation these days, they remain active. Unfortunately, they cause plenty of terrible accidents, too.

Back in 2005, over 11,000 railway-crossing accidents occurred in the United States alone, according to the Federal Railroad Administration. More recently, almost 12,000 train-related and railroad crossing accidents occurred, resulting in over 800 fatalities with thousands injured in 2014 alone. These dangers are often fatal and severe, which is why it is essential to always be vigilant around trains.

A variety of reasons lead to a train injury, including:

Accidents can happen anywhere you may be. But if you are working for the railroad, you have an increased risk of getting injured every time you go to work. You may have returned home unharmed, but just one injury can change your life completely.

As you can see from the list above, train accidents have many causes. But some may be due to human error, which is one of the biggest reasons for train accidents. It can be a mistake by a conductor, a mechanic, another railroad worker, a switch operator, or a railroad company. Just a single error can endanger your safety and everyone else’s on board. Those who are working in the vicinity can also get hurt. 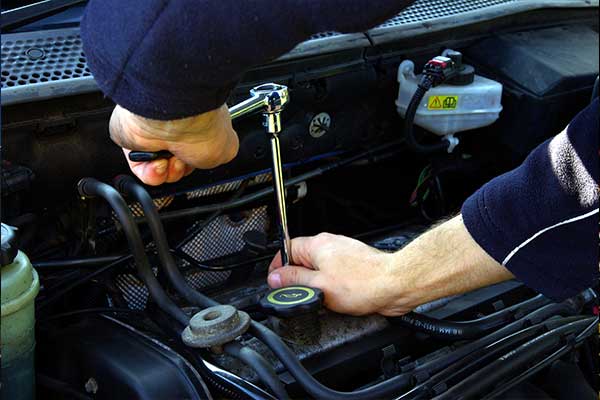 Some human error examples can include:

Some regulations are in place to lessen the occurrence of accidents due to human error. However, some mistakes still happen. Meanwhile, there are also train accidents because of equipment failure. The safety of the train ride depends heavily on the equipment of the vehicle. Just a single piece of equipment can cause a great deal of injury for everyone on the train, including the driver and the pedestrians. Some equipment failures can include:

Thankfully, these problems can easily be prevented with regular repairs and safety inspections. Violations of regular maintenance can lead to accidents. It is important to know who is at fault if you are injured, so that you can recover well after the event.

Railroad companies and commuter rail lines are common carriers whose job is to transport passengers to their destination for a fee. It is true that they cannot guarantee everyone’s safety, but it is required that they utilize the highest degree of vigilance and care under all circumstances to ensure all passengers remain unharmed.

Legally, railroads should have a black box, which is an electronic recording device that can record information. It can be useful in case of an accident, since it carries details such as train speed, how the train brakes were used during the event, the direction in which it was going to, and whether or not the horn signal was utilized.

Consequently, train signals are managed and monitored right at the dispatch centers. This particular piece of information can be recovered to help the accident victim prove railroad negligence or mistakes by the train engineer.

Who Can Be Injured in a Train Accident?

When a train accident occurs, it can lead to the injury of the passenger, bystanders, or the workers:

Passengers: Trains that carry passengers travel fast, and they typically do not require those on the vehicle to wear any special protection in case of an accident. Unfortunately, it can lead to catastrophic injuries or even death. Any passenger can be injured while leaving, boarding, or riding the train. It is essential that the railway operator or owner meets the high standard of attention required. Otherwise, the passenger will receive compensation for the damages that can include medical and out-of-pocket expenses, lost income, and pain.

Bystander: Unprotected crossings are dangerous for the bystanders who can get hurt or killed while in the vicinity. Crossings that do not have signals or lights that would indicate that the train is coming can cost the lives of the pedestrians. More than 140,000 accidents in the United States occur because of unprotected crossings.

According to the Federal Highway Administration, over 20% of railroad crossings do not have these required signals. This causes bystanders to get hurt. Other causes of injury are train derailments and cargo spills that are hazardous to the health of the people around the area. Whoever is at fault will determine where the compensation to bystander will come from.

Railroad Workers: Railroad workers are protected with the help of the Federal Employers’ Liability Act or FELA. The railroad should offer a safe work environment for its staff and be able to enforce safety rules. It is also responsible for conducting inspections to make sure that the workplace remains hazard-free. At the same time, employees should have adequate training, and they should always be supervised thoroughly. Under FELA, a worker after an injury must show that a particular act or oversight caused the damage, even partially.

Whether you are a worker, a passenger, or a bystander, if you are hurt because of a train accident or perhaps you lost a loved one because of it, you should be aware of your rights. Just like any other accident, you may be entitled to a recovery that is covered by the law for the harm that you encountered. From medical bills to emotional distress, these things can give you the right to get compensation for the injury.

However, railroad accidents can be complicated. You can have claims that include a workers’ compensation claim, a legal claim against the company, or even a third-party claim. As mentioned, you can be covered by FELA if you are harmed while in an unsafe work environment.

If you are an injured passenger, it should be proven that the railway operator failed in the standard of care that all common carriers are required to meet. Bystanders, on the other hand, may recover compensation from whoever is at fault for causing the injury or death. Negligence of the railroad may be involved if the crossing arm does not work correctly, while a train engineer may be deemed negligent in the scope of his or her job.

Meanwhile, if the bystander caused the accident (such as not listening to the warning sounds of the train), it may be impossible to receive compensation from the railway.