You wanted to be safe. You wanted to have a night out and not have to worry about driving home while intoxicated. That is why you called for an Uber car. The last thing you expected was for your driver to get into an accident and for you to sustain injuries because of it.

Some accidents cannot be avoided. They come as a result of a wide range of factors and circumstances that neither driver can foresee or avoid. Other accidents occur because one of the drivers was not paying attention to what they were doing, was distracted, or operated a vehicle while under the influence of alcohol or drugs. All of these fall under the category of negligence or recklessness and are solid grounds for legal action.

If you suspect that your Uber driver was drunk, then you should hire an attorney and sue. You are within your rights to sue both the driver and Uber. Driving while under the influence is a criminal offence, and anyone who does it can be prosecuted, convicted, and sent to prison. But if the drunkenness led to an accident and the accident caused injuries, the driver and their employer are also liable for civil damages.

Uber drivers are part of a company. Although they work independently, they still operate under a brand name. The Uber company will do all that it can to protect the reputation of its brand. The company will not want it known that one of its drivers was operating a vehicle under the influence. Your driver may escape criminal prosecution, but they need not wiggle their way out of a civil action. It is right for you to file a legal action that would make both the driver and the company pay. It is the responsibility of the latter to ensure that their drivers maintain the highest standards of professionalism and safety. It is incumbent upon Uber to screen, train, and monitor the individuals who operate in their name. And when there is a shortcoming, then Uber must be held accountable. 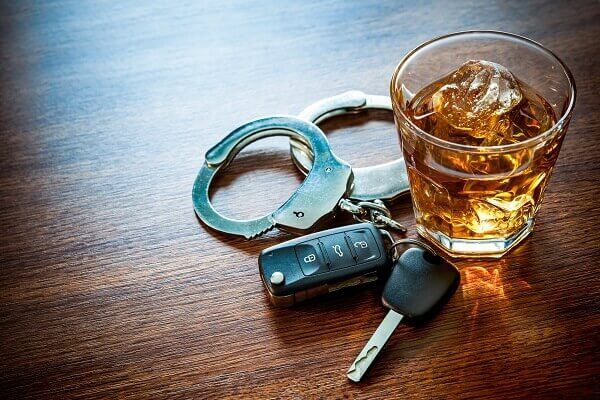 Your biggest challenge will be to prove that the Uber driver was drunk while operating a vehicle. Unless this is established by a competent and trusted authority such as the police who arrived on the scene, it will be hard to do.

But it is not impossible. The accident has devastated you physically and put your personal and financial life under great strain. You need not carry this burden alone, especially if you did nothing wrong. You are supposed to trust professional drivers. They are responsible for the safety and well-being of the people in their vehicles. And when they act irresponsibly, they must be made to pay.

Your first move in trying to prove the malfeasance of your Uber driver should be to hire an attorney. You need a tough, aggressive, and experienced personal injury lawyer who knows how to get to the truth of the matter and win cases.

As of now, it is your word against that of the Uber driver. A personal injury lawyer will help you build a case against the driver. Personal injury lawyers are trained to gather facts, introduce expert and eyewitness testimony, employ forensic evidence, and apply the relevant parts of the law to the case. It may seem as though you have nothing concrete on the person who drove you to wherever you were going that night. But the kind of reckless behaviour shown by the Uber driver always leaves a trail of evidence that can be traced and submitted as proof of the misdeed.

How can you prove your Uber driver was drunk? Your lawyer will do it for you. These are just some of the ways that a good personal injury lawyer can go about proving that what you say is true.

Perhaps your driver attended a party before they began their shift. They may have stopped by a bar or some other establishment to meet and celebrate with friends. As part of the legal and investigative process, your lawyer will be able to ascertain the whereabouts of your driver before they went on duty. They will then be able to question the people who were with him or observed him. Your lawyer can obtain camera surveillance footage that will show him in a drinking establishment if that is where he was. They can also obtain footage and eyewitness testimony from grocery stores or other places where he might have bought booze. This can make for compelling evidence when put together with the other facts of the case.

Eyewitness testimony can be a powerful thing if it comes from individuals with direct knowledge and insight into the matter at hand. The bartenders, hostesses, wait staff, or the grocery clerk who served the Uber driver are key to your lawsuit, and they will be found and called as witnesses. Personal injury law firms have access to private investigative agencies that are competent to find the people they need, no matter where they might live. The lawyer you hire will know how to earn their trust and how to get them to make a statement about what they saw. They will also know how to prepare such witnesses for the stand, so that they can give the jury the relevant facts and have the confidence and ability to withstand cross-examination.

To get the compensation you are after, you must be able to prove the link between injury, accident, and law. In other words, you must demonstrate that the accident that was due to the drinking of the Uber driver caused your injuries. This may seem like common sense, but nothing can be taken for granted in law. Your attorney will be able to demonstrate that the actions of the Uber driver amount to a violation of the law and as such makes the driver and the Uber corporation liable for civil damages. This is the last and most vital piece of the puzzle.