It can happen at any time when someone is watching a concert, sports game, or another stadium event. A spectator gets hurt. This can happen when a spectator falls trying to get to their seat, gets hit by a ball or puck, and more. When this happens, a spectator has a right to seek compensation for their injuries or property loss.

The owners of a stadium have a duty to keep the premises safe from anything that could potentially harm a spectator. This means they are responsible for the proper maintenance of the structure’s features as well as seating and more. Spectators have been injured because a structure had insufficient railing, slick surfaces, insufficient safety nets on the field, elevators as well as escalators not operating properly, and more. 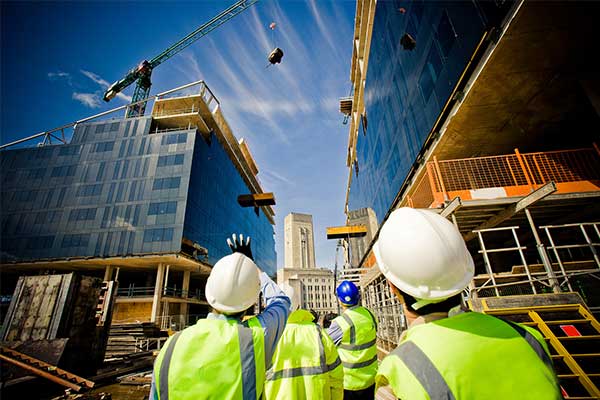 When a spectator is injured while watching an event at a stadium, it can be part of two different legal categories. Should a spectator’s injuries be the result of a slip and fall or trip and fall, it will be considered a premises liability. The other one is if a spectator experiences an injury from a ball, puck, or other items coming into the stands from the field. This could have resulted from negligence on the part of the stadium owners.

In order for a spectator to win at this type of lawsuit, they must be able to prove negligence on the part of the stadium owners. A spectator will be required to show how the owners did something wrong (or did not do something required) that caused their injuries or property damage. When a person walks around a stadium and falls, it doesn’t mean the stadium owners did something wrong to cause them to fall. Should a slip and fall be the result of a floor that is slippery, it does not prove an owner was negligent. In order to be successful with this type of lawsuit, a spectator must prove the owners were aware or should have known a floor was slippery enough to cause a fall. A spectator must then also show the stadium owners knew about a problem and did not take the necessary steps required to resolve it.

When a spectator attends a sporting event at a stadium and falls on a wet bathroom floor, it could be a condition caused by negligence. It’s possible for a stadium’s bathroom floor to have excessive water on it because some spectators put paper towels in bathroom sinks blocking the drain. They then leave the water running so it can flow onto the bathroom floor. Should this be a common occurrence, the stadium owners could be found negligent. It must be proven the stadium owners were aware of the situation and did not take steps to prevent it from happening.

This is an understanding that when a spectator attends certain types of sporting events like baseball or hockey, it’s possible for objects from the field of play to go into the crowd. It states when a spectator attends these types of sporting events, they are assuming a risk. When individuals go to certain types of events, they should realize and understand the consequences associated with attending it.

There are a number of risks associated with attending a sporting event that are part of the game. There are also situations where a spectator has successfully held the stadium’s owners liable for their injuries. This includes incidents involving worn or crumbling walkways that have caused a spectator to fall, and items that have not been properly stored falling on spectators. It’s also possible a spectator was served too much alcohol by the people working at the stadium’s concession stand and was involved in an accident on their way home and more.

When individuals are going to attend a stadium event, they should carefully read the small print on the back of their ticket. There is usually one or two paragraphs of legal language. This is a way for stadium owners to provide spectators with a disclaimer. It absolves them of any legal responsibility should a spectator get injured during the time they are at a stadium event. These disclaimers will describe the type of event a spectator is attending. It will state that a puck or ball or even a player from the field could go into the stands. The disclaimer will further state how the pucks or balls can leave the field of play at a high velocity. It is the spectator who assumes responsibility for any type of injury that could result from a puck, ball, or player coming into the stands. Every state has laws that govern this situation in different ways. The disclaimers written on the back of a stadium ticket are valid.

The disclaimer on the back of a ticket is designed to protect a stadium owner from being held liable for things they can’t control. However, there are certain situations where stadium owners will be held responsible. It is the responsibility of stadium owners to act reasonably when it comes to minimizing the chance of spectators experiencing an injury. In baseball stadiums, there is netting behind home plate. This is done to protect spectators from being hit with foul balls. When a batter hits a foul ball that goes straight back, it is going very fast and the spectators are close to the action. It is not reasonable to expect a spectator to get out of the way of a ball traveling so fast. When a ball is hit and it’s a home run, no netting is required. The ball is not traveling as fast and spectators have a few seconds to react to the ball traveling toward them.

It’s important for a spectator to enjoy the stadium event they attend, but they should know there are certain risks involved with attending it. A spectator needs to be completely aware and alert of the things going on around them. Should it be a concert, sporting event, and more, a spectator is expected to assume a certain amount of risk whenever they attend an event at a stadium. Should something happen and a spectator becomes injured, they have rights. When the cause of their injury is a result of negligence on the part of a stadium owner, the spectator should speak with an attorney. These legal professionals know how to protect a spectator’s rights and get them the compensation they deserve.