Class retreats are events that many children remember for the rest of their lives. In most cases, these retreats are designed to provide children with education in a fun and exciting environment. When you send your daughter off to a school retreat, you certainly never expect them to suffer from an injury. In the event that they do, it’s important that you understand your rights and the rights of your daughter. There are a large number of variables that determine whether or not you should sue the school, which is why it’s essential that you take these variables under consideration.

Injuries can occur for any number of reasons, some of which are accidental with others being preventable. In order to identify whether or not you’re able to sue the school that you believe was responsible for your daughter’s injury, you will first need to ascertain whether the injury was preventable or not. Before your child was able to attend the school retreat, it’s likely that you were asked to sign a piece of paper that serves as a liability waiver for the school in question. This liability waiver will typically state that the school isn’t directly responsible for injuries that your child might incur during the retreat. While this document is designed to protect the school from liability, this does not mean that it takes away all of your legal options.

If your daughter happens to be injured because of a simple accident that could not have been foreseen, the waiver that you signed will protect the school from liability. However, this document does not protect the school if their negligence caused the injury. The school could be held liable for your daughter’s injury if it was caused by negligence from a bus driver, teacher, or a range of other school employees. If you believe that the school was negligent, there are a variety of options that you can pursue.

Can You File a Lawsuit against the School?

As mentioned previously, if you feel as though an employee of the school was negligent and that this negligence resulted in your daughter becoming injured, you will likely be able to bring a lawsuit against the school. However, there are several things that you should consider before doing so. The largest obstacle to overcome when filing a lawsuit is that you will be required to prove that the school or an employee of the school was grossly negligent in a way that directly caused the injury. This can be difficult to prove, which is why you’re going to want to have an in-depth discussion with a lawyer before you take the case to court. 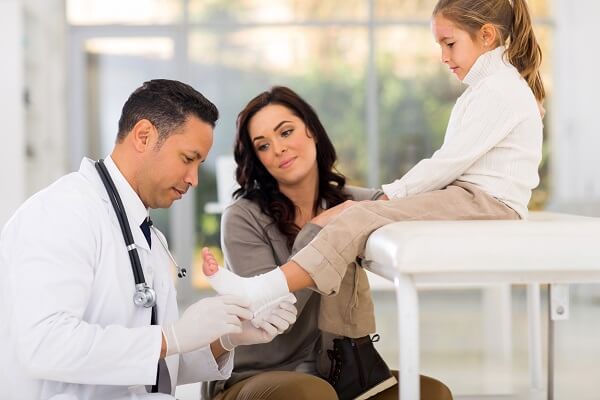 While it might sound difficult to prove that someone was grossly negligent, the negligence could be something as simple as a teacher losing track of your child before they were injured. Your lawyer will need to know all of the details surrounding the injury so that they can make a strong case. You will also need to take into consideration the fact that public schools are considered to be government entities. Suing a government entity is somewhat different and more difficult than suing a standard business. It’s possible that there are laws in place that would place a limit on the amount of compensation that you could recover from the school. Your lawyer will understand all of the local and state laws, which should provide you with everything you need to know about whether or not suing the school is feasible.

Another thing that will need to be determined is if the negligence was caused by the school or by someone who worked at the retreat destination. For instance, if the local zoo was the location for the retreat, they could be at fault for the injury as opposed to the school. In that case, you will want to file a lawsuit against the entity that was at fault. Every particular of the case will be analyzed to determine who was at fault, so that you can be confident of the approach you take when the lawsuit is filed.

How a Personal Injury Attorney Can Help

A personal injury attorney has the expertise and knowledge necessary to handle this type of case. Even with the signing of a waiver, it’s possible that the school is at fault for your daughter’s injury. However, the complexities of a case like this means that it’s going to be practically impossible to handle it yourself. A personal injury attorney will be able to look over your case and give you a detailed explanation of all of the legal options that are available to you. If they determine that it’s likely that you have enough evidence to file a lawsuit against the school for your daughter’s injury, they will help you file the lawsuit and take your case to court.

You should also know that filing a lawsuit against a government entity comes with a large number of guidelines that must be strictly followed. The lawsuit can fall apart before it ever really starts if these rules aren’t followed properly. If you’re feeling as though you’re not ready for such a large undertaking as filing a lawsuit against your daughter’s school, you should know that your lawyer will handle nearly all aspects of the case. This extends from representing you in court to filing any necessary paperwork related to your case. A personal injury lawyer will also set realistic expectations for the amount of compensation you should expect before the lawsuit is ever filed.

Outcomes of a Personal Injury Lawsuit

There are several outcomes that can occur when filing a personal injury lawsuit against a school on the behalf of your daughter. If the outcome of the case seems poor, you may decide to drop the case without pursuing additional legal action. The vast majority of personal injury cases are resolved before they ever go to trial, which is referred to as an out-of-court settlement. These settlements are usually reached when the defendant knows that they are negligent but want to avoid a lengthy court battle. A settlement agreement is presented to the judge for final agreement.

The types of compensation that could be provided in a settlement include medical treatment costs and compensation for pain and suffering. If the case goes to trial, the plaintiff will win or the defendant will win. When you file a lawsuit against another party, you’re known as the plaintiff. Now that you’re aware of the possible outcomes of this lawsuit, you can decide whether or not you want to file one.