The U.S. National Highway Traffic Safety Administration states that auto accidents in the United States happen every minute on average. That amounts to approximately six million car crashes per year. Of this number, around a third are classified as multiple vehicle accidents or pileups.

It is never easy to determine who the claim is actually against in these multi-car accidents. It only takes a single driver to be distracted for just an instant in order to start the downward spiral of cars, trailers, trucks, motorcycles, and other vehicles on the road to begin to crash into each other. Sadly, the likelihood of major injuries and even death from such collisions are considerably higher than in a two car accident. This is thanks to literally tons of metal and glass flying unpredictably through the air.

These deadly multiple car accidents are not hard to define. A few cars typically smash into one or more cars, usually from competing angles and directions. Fire is often a serious danger in these types of disasters. Determining the ultimate cause of such collisions is far more difficult to determine. Next, we’ll look at the most common underlying causes of these two million American pileups per year.

Thanks to bad weather resulting in bad road conditions, it may be that no one was ultimately at fault. When there are slick roads involved, cars may slip and slide beyond the control of even the most alert and experienced drivers. Poor visibility from fog or driving rain is another serious cause.

Rain, ice, snow, fog, and smog are a few of the weather conditions that can rapidly transform a normally safe stretch of road into a highly precarious one. Those highways that have higher speed limits become especially dangerous in these types of conditions.

It only takes a second for a driver to fall asleep and leave no one effectively driving the vehicle. A driverless car can quickly and easily shift into another lane, plunge into the car ahead of it, or swerve off the road in a split second. 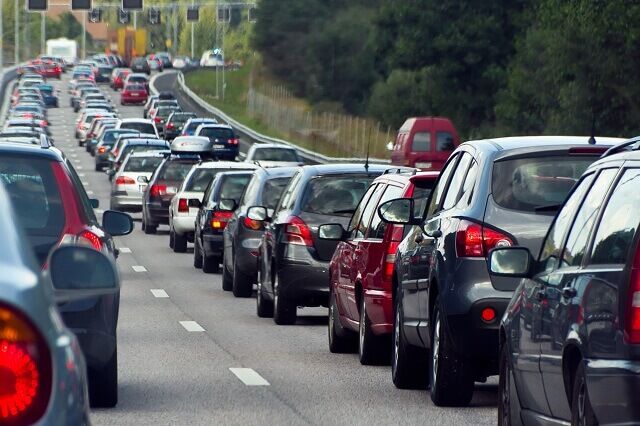 High speeds mean that it only needs a slight mis-turn of the wheel or a slower car ahead to cause a chain reaction when the faster driver hits the car ahead or loses control of the vehicle. This usually leads to shattered glass, twisted metal, and life-threatening injuries.

Drunk drivers can include any person behind the wheel who has had his or her cognitive abilities compromised by alcohol or drugs. Even legal prescription drugs can lead to tiredness and delayed reaction times while driving.

There would not be a complete list of multi-car pileups that did not prominently feature cell phones and texting as a major contributing cause to these disasters. Texting, taking pictures, talking, and even checking emails remain among the biggest car crash causes. Young people are more easily distracted by their cell phones than their elders are. Making this worse is the fact that young people often feel invincible and immune to death and destruction (until it touches them personally).

There have been a number of high-speed police car chases that have led to multi-car collisions. A great number of cities have ordered police officers to not chase cars unless a major felony is involved. Yet cases of police officer chases still happen and sometimes lead to drivers swerving and crashing because of a police chase.

Loud music causes drivers to miss the sounds of emergency vehicles. This leads to accidents in many cases. Talking with passengers of the car, eating, applying makeup or shaving, looking at maps, and even random boredom often cause fatal pileups as well.

Determining Who Is to Blame Can Be Next to Impossible

In the cases of multi-car pileups, determining who is at fault can be practically impossible. Such liability comes down to the way in which the accident unfolded. Unfortunately, each vehicle involved will have its own version of what transpired in the collision. This is why accident reconstruction experts become involved with these types of wrecks in an effort to fairly assign blame.

It is also true that the more cars which were a part of the collision, the harder it is for the relevant authorities to ascertain what was the underlying cause and negligence. Answering the key questions can be difficult (if not impossible) to determine after the fact:

One thing is clear to accident investigators at least: The majority of multi-car pileups results from not a single, but many instances of shared negligence. Many times, more than one driver is responsible (or liable) for the damages and injuries. Sometimes, no individual is deemed to be responsible or assigned blame for the wreck.

In the cases of these pileups, the driver at the front will typically be asked how many bumps they experienced. This is very important since it will reveal the series of events in the crash. If a front driver only experienced a single bump in a three car pileup, then it means that the back car bears the full responsibility (and therefore liability) for the collision. If the lead driver encountered two bumps, then both the middle and rear drivers usually share the blame.

The accident reconstruction detectives are typically given the task of compiling the pieces of evidence to decide liability and fault. Their overarching goal is to gather all statements from drivers, statements from accident witnesses, photos of the accident scene, police report information, pictures of the damages, and all other relevant information that is available in order to provide a satisfying explanation for what really happened.

Differences between Comparative and Contributory Negligence

The various states across America fall into one of two camps on what they do if multiple parties bear negligence in the collision. With comparative negligence states, those drivers who carry at least 25 percent of the blame will have their injury and damage recovery decreased by the percentage of fault that they are assigned. With contributory negligence states, any driver found to have even one percent liability will not be able to recover for damages and injuries.

Whoever the claim may be against, passengers that are able to exit their vehicles and walk away often find themselves in shock. They can be unaware of cars racing by a mere several feet from them. This can lead to additional deaths where passing cars hit wandering accident victims. It also makes it difficult for first responders to reach the scene of the pileup.