In America, one of the most common reactions to injury is to look for someone to sue. This is true regardless of who is actually responsible and sometimes true even if the injury isn’t serious. The habitual response for the average person is to find someone to blame and insist they pay.

In the case of a motor vehicle breakdown, there are number of potential defendants. The manufacturer of the vehicle, the last mechanic to work on it, and even the dealership that sold the car in the first place could all be theoretically responsible for the condition of the car. While any one of these individuals or companies might share responsibility for the incident that led to an unexpected and undeserved injury, it is not necessarily the case that any of them can be held legally responsible for something that might have been just an accident.

Somebody who is unfairly injured and who experiences pain and suffering as a result of someone else’s actions may have a case for recovering a settlement. Proving the elements of a civil case in court may be much more difficult than the average person might expect, however. If you are considering legal action against an auto dealership because of a vehicle breakdown, failure, or because the condition of your car led to an injury or accident or other financial burden, here are some things to consider.

Whenever you hear a question about whether or not it is possible to sue somebody in the United States or in any of the individual states, the answer is always “yes.” It is always possible to file a lawsuit. Whether or not that lawsuit is actually heard or actually has merit and is allowed to proceed is a totally different matter.

Every lawsuit is faced early in its life with a period of time during which a court expects the defendant to file something called a “motion to dismiss.” A motion to dismiss usually points out the flaws, legal and procedural, in a lawsuit. It could assert the defendant really isn’t responsible for whatever the lawsuit alleges. It can advise the court to not even hear the case. Many lawsuits are dismissed long before they ever get to a jury or ever get to a point where they can be adjudicated. 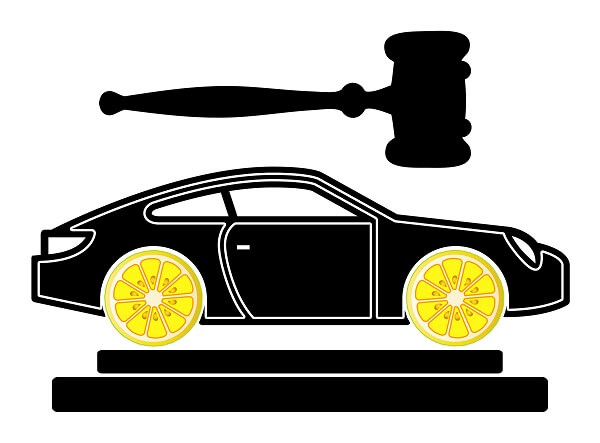 One of the most difficult things to prove in any personal injury case, or even a simple property damage case, is negligence on the part of the defendant. Negligence presumes that a defendant in a lawsuit had a duty to perform and failed to perform that duty – either by overlooking it, by misinterpreting their obligations, or in some rare circumstances, deliberately avoiding it.

When civil cases are heard in court, they are most often decided by a jury. Occasionally, a case can be decided by a judge, if the parties agree. The jury is known in a court of law as the “Trier of Fact.” It is the jury that decides whether or not a defendant is responsible for the plaintiff’s injury and whether the plaintiff has a legal claim to recover damages based on that injury. It is also up to the jury to decide whether negligence was a factor in the defendant’s failure to perform whatever legal duty was required.

If a customer goes to an auto dealership to buy a car and later finds they can’t drive the car because of some mechanical defect or because there’s some damage to the vehicle that renders it illegal to drive, then they paid for something that wasn’t delivered. In those circumstances, an auto dealership might be held responsible.

On the other hand, proving a dealership is responsible if a car fails or breaks down is a far more dicey proposition. Mechanical failure can result from a wide variety of things that are outside of dealerships control. Remember, it is only necessary for the dealership to establish they weren’t responsible by a preponderance of the evidence. If more of the evidence shows the dealership wasn’t responsible for the condition of the vehicle, it is likely that the defendant will be successful and that the lawsuit will not reach a settlement in favor of the plaintiff.

In criminal cases, it is necessary for the prosecution to establish the facts of the crime and the responsibility for that crime on the part of the defendant beyond a reasonable doubt. That is considered to be one of the highest legal thresholds. In a civil trial, it is not necessary for a plaintiff to prove their case beyond a reasonable doubt. It is only necessary for them to establish a preponderance of the evidence. A motor vehicle is a complex piece of machinery. It is possible for a vehicle to break down for a wide variety of reasons that have nothing to do with the acts or lack of action on the part of a vehicle dealership.

Because of the ever-present possibility a vehicle could have simply failed through no fault of the dealer, it is very likely most defendants in such cases will be able to establish at least some circumstances indicating they weren’t responsible. If they can establish some evidence, it is very likely that the jury will be put in a position where they have to decide if that evidence exceeds or falls short of the plaintiff’s burden.

Anyone can sue anyone. This is one of the freedoms we enjoy by living in a modern republic. Whether or not the suit can proceed or will be adjudicated in favor of any given plaintiff, on the other hand, depends on many factors which may or may not exist when an auto dealership is the defendant.