The popularity of cell phones is related to a rise in driving while distracted. This type of driving takes your attention away from the road ahead, which can lead to dangerous consequences. One of the most common forms of driving while distracted is texting. This alarming trend can take drivers full attention off of the road for seconds. An accident can happen in the blink of an eye. Cell phones are meant to be used safely and responsibly, but this is not always the case. The National Highway of Safety Administration states that in 2015, over 350,000 people were injured in accidents involving distracted drivers.

Consider this. One day you are driving along, then all of a sudden, you are rear ended by the car behind you. Many questions may begin to pop up in your head. Why did this car just hit me? Was I really just involved in an accident? Was the other driver texting? Proving that a driver was texting at the same time their car was in motion could be hard to prove. There are methods that can be taken to show proof that the person that caused the accident was texting. First, consider the question, what could make a person text while driving? Here are factors that cause people to text and drive:

Even with reasoning behind this behavior, there is not an excuse for texting while driving. If an accident is caused by texting drivers, what could be done if the driver denies doing so? How can it be proved that the driver was distracted and was texting and driving at the same time? Drivers often make it hard to be seen texting while driving by lowering their device so others cannot see what they are doing. Even with it being difficult to prove, there are ways to show proof that a driver was negligent and driving while texting. Here are some of those ways: 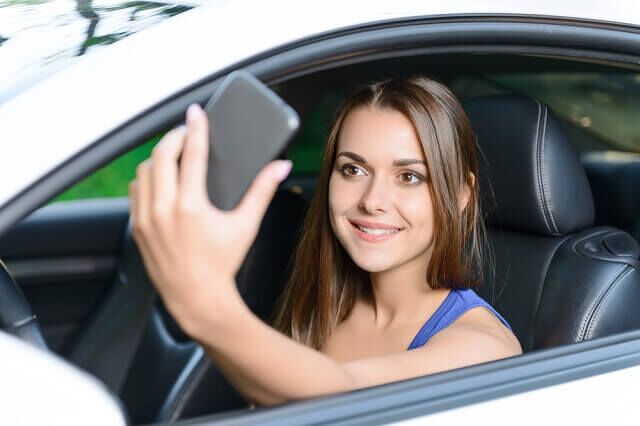 Ask the Driver Questions to See What They Reveal

Witnesses are vital informants and can be helpful with proving a driver was distracted during a collision. Get statements from all witnesses, and ask for their contact information. If necessary, potential witnesses can explain to the police, lawyer, or judge what they observed during the accident.

Check to See if Cameras Were near the Accident Scene

Nearby businesses or residential areas may have exterior cameras that could have potentially recorded details of the accident. There may be a camera that shows the driver texting. Showing visual evidence can prove the other driver was liable. It is best to ask a lawyer how to gain access to cameras near the accident scene.

Take Your Own Photos

As soon as you are able to get out of your vehicle, take immediate photos of the other vehicle. Taking interior photos can show if a cell phone is inside of the car. If the mobile device is inside of the car, take photos of how the phone is situated. This may help determine if a driver was recently holding the phone. Take as many pictures of the scene as possible. A distracted driver may have missed traffic signs. It is a good idea to show all visible street signs from the direction the other driver was coming from. Lastly, take pictures of exterior damage to both vehicles. This information could be used to establish proof and liability.

When showing proof that another driver was texting at the time of an accident, it is good to have a detailed personal record. Make note of when and where the accident occurred. Try to get an exact time. This time could be compared with transactions in the cell phone records of the other driver. The cell phone records may show proof that the driver was on their phone during the accident. Also make note if you noticed anything about the driver. Did you ever see them looking down at their phone? If you did, be sure to make a record of this information.

Get the Help of a Qualified Attorney

The biggest way to prove a person was texting while driving is to gain the help of a qualified attorney. An attorney has access to many resources. An attorney can gain access to police reports, cell phone records, traffic data, and get permission to subpoena accident witnesses. They can also contact the attorney of the other driver if the driver has access to an attorney. Attorneys who specialize in traffic law have a wealth of knowledge when it comes to what is required for showing proof.

The dangers of texting and driving are certainly real. Consequences of texting while driving can make life harder for all parties. Taking the steps to show proof is one of the biggest ways to protect yourself, if you are involved in an accident. Drivers who text should be held accountable for their actions. Taking steps to show proof can help to make sure that they will be held liable.