Work injuries happen on a daily basis around the country. Individuals injure themselves on equipment, by driving, or even by moving furniture around an office. There is an entire legal and financial apparatus that helps people earn compensation for all sorts of injuries. Injuries such as a mild concussion should be handled by the workers’ compensation insurance system, but sometimes lawsuits are necessary to win the compensation injured workers deserve.

Mild Concussions and the Workplace

Some jobs present frequent opportunities for injuries like mild concussions. These jobs include construction, maintenance, and sports. Jobs often have some sort of head protection. Construction jobs have hard hat areas where individuals are subject to objects falling and hitting them on the head. Factory jobs may involve parts or manufactured goods flying off of shelves and striking individuals in the head. Numerous jobs require individuals to drive on a daily basis. Car accidents frequently result in some form of head trauma. 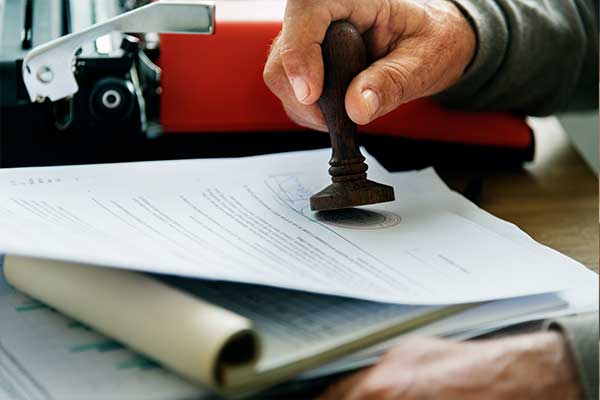 In theory, such a system gives an incentive to employers to accurately report the injuries in their workforce. The workers’ compensation insurance program handles the injury after it is initially reported. It is a program that usually pays individuals when they have a demonstrable claim that an injury they received at work diminished their income and their capacity to work. A mild concussion would count as one of those injuries. Mild concussions often result in dizziness, nausea, and problems with eyesight. Such symptoms are usually relieved in a few days.

With most jobs, the symptoms of a mild concussion prevent the individual from adequately performing their job. As a result, they are usually eligible for workers’ compensation. Workers’ compensation pays the claim but caps that claim at a percentage of lost wages. The individual cannot receive the astronomical amounts of some extraordinary lawsuits.

The workers’ compensation system often works. In most cases, a person receives what they are entitled to receive and then comes back to work in a reasonable amount of time. This success is one reason why the law establishing this system that has been in place for 100 years. There are circumstances in which individuals do not receive fair treatment from a workers’ compensation claim. The individual may have ample evidence that their claim is serious and related to their job and it may still be denied. An employer might argue that the claim was illegitimate for one reason or another. He or she may try to hide the claim and change the job that a person was doing temporarily. This practice was particularly common throughout the 20th century when factory workers, after a serious injury, would be given desk jobs that they could perform with minimal physical effort.

Depending on the circumstances of these cases, a lawsuit may be warranted. In some instances, a job may force an employee to work even when they are injured and should not be performing the duties of their job. The employer may try to retaliate against the individual for filing the claim or for speaking out about their injury. Workers’ compensation insurance may also unfairly deny the claim. In those instances, a person has the right to sue. They also may not be restrained by the original caps surrounding workers’ compensation insurance.

If an employer unfairly punishes an employee for being injured on the job or constrains their ability to collect compensation, they could be subject to considerable punitive damages and damages for pain and suffering. A lawyer will investigate the claims made and present a case that legal rights were ignored and that individuals were treated unfairly. The totals that result from these lawsuits could run into the millions of dollars.

If a person does suffer a mild concussion on the job, they should first seek medical attention. Anybody who has suffered a concussion needs to go to the doctor and make sure that there is no additional trauma. They should work as hard as they can to prevent further brain trauma or bumps on the head that may exacerbate the symptoms of the original hit. Then, they should consider filing a workers’ compensation claim. The amount that they should ask for will be dependent on the diagnosis of a doctor.

A doctor will be able to determine the amount of time that an individual will be out of work with their injury. They might suggest a few days at home to recuperate and allow headaches to go away and eyesight to return to normal. The individual should apply for what is due to them and should only consider a lawsuit if any problems arise. At this stage, they should definitely hire a lawyer. Trained, experienced lawyers will be able to tell individuals whether or not they have a case and when (or if) they should settle that case. Any unfair treatment by workers compensation insurance or an individual’s boss should be swiftly remedied and handled by the courts, if necessary.

Workplace injuries are always a hassle for everyone involved. Individuals are out of work and have to deal with the pain and decreased mobility for the vast majority of injuries. Companies have to handle settlements and deal with a loss of productivity. This pressure does not, however, mean that companies can poorly treat the injured worker or deprive them of their rights. For those companies that do break the law and refuse fair treatment for workplace injuries like mild concussions, the law will provide a remedy.