If you or someone you care about has been injured by an Uber ride as a passenger, a bystander, or as another driver, you may have many questions. For instance, you may want to know “Who will pay for my injuries – the Uber driver or the Uber company?” or “Is the Uber driver actually an Uber employee?” You may have questions about the laws concerning ride sharing services as well.

Most Uber riders don’t need to understand the answers to these questions. However, if you’ve been injured by an Uber ride, you may have questions about how to file a personal injury lawsuit.

Can an Injured Uber Passenger Sue Uber Directly after an Injury?

It depends. The answer to this question is important to the injured party because a business usually has more money to compensate an injured victim than an individual rideshare driver. Also, the rideshare business’ policies may be partly to blame for the injuries if it did not thoroughly vet the driver.

Ridesharing businesses classify drivers to protect themselves from victims’ legal claims as well as a range of labor laws. They continue to fight in court to maintain the status quo.

However, recent events in some states may be changing all that for Uber and similar ridesharing businesses. 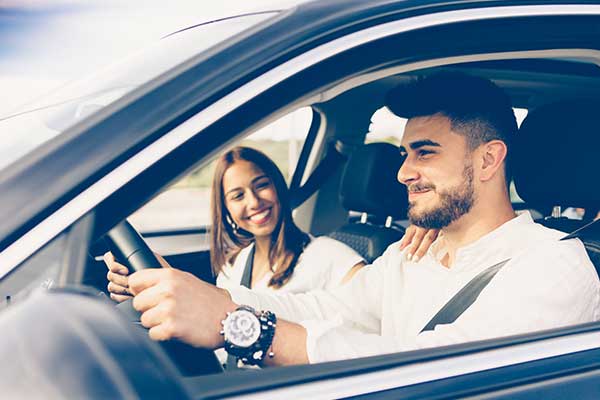 How Does an Independent Contractor Differ from an Employee?

It’s important to understand why the courts want to know if the company considers its worker an independent contractor of employee.

Generally speaking, an employee is legally entitled to an array of benefits and protections that the independent contractor might not receive:

When a business improperly classifies the worker as an independent contractor, it typically deprives the worker of a range of benefits they’re entitled to receive under state and federal laws.

In September 2014, one of Uber’s drivers filed a wage complaint. She asked to be reimbursed for business expenses (e.g. road tolls and gas).

Unfortunately, the Labor Commissioner in California disagreed with Uber. It awarded the employee thousands of dollars.

The California’s Labor Commission used the economic realities test (California Supreme Court, S. G. Borello Sons, Inc. v. Dept. of Industrial Relations). It applied the 11-factor test to determine if a worker is an independent contractor or an employee:

California’s Labor Commission considered the driver was an employee of Uber because:

However, California’s Labor Commission ruled that Uber maintained tight controls on its operation and, because of the nature of ridesharing work, Uber didn’t need to specifically control individual drivers.

What Steps Should I Take after an Uber Crash?

After an accident involving an Uber vehicle:

If another driver besides the Uber driver is at fault, his or her insurance policy will be drawn on first. If the at-fault driver’s insurance is insufficient to cover serious medical bills, Uber has a $1 million uninsured/underinsured policy that may apply.

As a reputable ridesharing business, Uber requires its drivers to maintain auto insurance coverage. It also provides additional insurance to protect the passenger and driver in the event of a vehicle crash.

The Uber driver is covered by Uber’s insurance from the moment he or she accepts a ride request until the passenger is dropped off. The Uber driver is dually covered by liability and underinsured/uninsured driver coverage (up to $1 million/accident for bodily injuries. He or she is also covered by property damages).

If you or someone you care about has been injured in a crash involving an Uber vehicle, you might be eligible to receive financial compensation for these injuries, including payment of medical/hospital bills, lost wages or earnings, pain and suffering, etc.

How Does an Injured Uber Rider File a Claim after a Crash?

However, it’s probably unwise to file a personal injury claim yourself. The insurance company plaintiff will use all of its considerable resources to pay you, the injured victim, as little as possible.

In addition to handling an extensive amount of procedural work necessary to file a personal injury lawsuit, you must keep track of timeframes and deadlines of the court.

Ridesharing injury claims are often complex. To know that the case has the best chances of success and to focus your energies on getting better, speak with a knowledgeable Uber injury lawyer about your case.

If you or someone you love was seriously injured or killed in an accident that involved an Uber vehicle, retain our experienced trial lawyers now.

We’ll protect your legal rights and address your financial losses, pain, and suffering.

If necessary, we will fight aggressively in trial to make sure you receive every dollar you deserve.