The personal injury lawsuit is second only to the stock option as the most dangerous and simultaneously confusing means of obtaining money outside of a regular job. Once the restraints on legal advertising were lifted, causes of action became the new lottery tickets and aspiring plaintiffs turned looking for gaps in their wealthy neighbors’ liability screens into a growth industry.

Fortunately for both the legal profession and the defendants who are unwittingly roped in to the settlement Olympics, legislatures have placed considerable limits on who can sue and for what. The process of successfully prosecuting a personal injury suit has never been a matter of just showing up. This has limited the appetite of potential career litigants to cases that at least have some merit. That said, anyone considering filing suit over a personal injury (like a dog bite, for example) should be aware of the rules and the time limits they will be facing once they start the process of building a case.

In most states, a civil cause of action is not adjudicated on the same basis as a criminal case. Proof a criminal defendant is guilty must be demonstrated by the prosecution beyond a reasonable doubt. This is an extremely high threshold for any case to meet. Further, a jury in a criminal trial must be unanimous in any verdict. If only some jurors vote to convict and others vote to acquit, the judge will declare a mistrial and the case will be back on the prosecutor’s desk for a decision on whether to re-try the defendant. 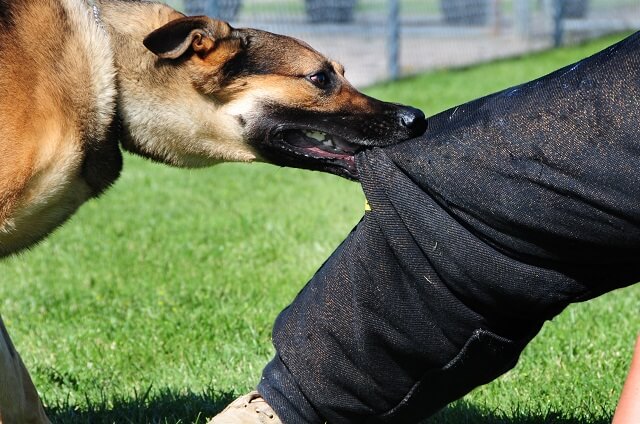 In a civil case, the defendant is not facing criminal sanctions if convicted, so many of the constitutional safeguards meant to protect such defendants don’t apply. For example, neither a civil plaintiff nor a defendant has a right to counsel. To prosecute a civil claim, a plaintiff must retain their own counsel at their own expense.

Further, in a civil case, the plaintiff need only prove their claim with a preponderance of the evidence and only to a majority of the jurors or the judge. Even if some jury members decide against the plaintiff, as long as more jury members vote in favor, a judgment will be entered in the plaintiff’s favor.

To put it bluntly, the longer a plaintiff or a crime victim waits to either report their incident or begin compiling evidence to support a future legal case, the less likely it is they will be able to develop the kind of evidence that will be necessary to prove their claim. There are numerous practical reasons for this. Injuries heal, witnesses fail to recall crucial details, and physical evidence deteriorates or is lost. All of these factors and others figure into the viability of a civil claim.

While every attempt should be made to preserve evidence through photographs, written statements by medical professionals and police officers, and eyewitness accounts and forensics, the truth is: the average accident isn’t likely to be treated like a crime scene, especially if nobody involved is contemplating legal action. Most of the important evidence is likely to be overlooked entirely if steps aren’t immediately taken to preserve it.

Additionally, the more time that passes between the incident and formal efforts to compile evidence, the less likely the evidence will be developed or preserved well enough to be useful in proving a claim.

One of the many “rules” of accidents is that the details should be reported to the insurance company as quickly as possible. In a dog bite accident, the likeliest source of coverage will be a homeowner’s policy of some kind, which will be the responsibility of the defendant. As far as the plaintiff is concerned, their coverage will more likely come from some kind of medical insurance. If both parties report the accident, any future legal wrangling will most often take place between the two insurance companies.

Ultimately, the largest and most formidable barrier to a lawsuit is something called a statute of limitations. Legislatures pass these laws in the interests of justice, since it is well established that untimely causes of action often lead to unfair verdicts, unproven cases, and a great deal of wasted time and effort. Untimely legal action is not generally trusted to produce the kind of results the legal system prefers. So there are laws, called statutes of limitation, that bar prosecution of both crimes and civil cases beyond a certain time limit.

For example, in the state of California, a victim of financial loss has up to four years to file a lawsuit to recover damages against a defendant. Once that four year interval has passed, the defendant in any future case can file a motion to dismiss the lawsuit on the grounds that the statute of limitations bars prosecution of the case. If it is found the statute applies, the judge will likely agree and dismiss the case without hearing the plaintiff.

Statutes of limitation differ state by state and also differ depending on the particular kind of tort, crime, or other civil action being contemplated. Even if a dog bite accident is recent, it is in the interests of the victim to immediately obtain competent legal advice to determine exactly which statute applies and how its limits may affect future litigation. Since the expiration of that statute will permanently foreclose on any potential recovery of damages, pain and suffering, or medical bills, this should be every future plaintiff’s top priority.

The personal injury lawsuit isn’t quite the gold-plated path to riches most people would prefer to believe. Despite the stories of windfall judgments and entertaining verdicts on television, the actual process of mounting a legal case is time consuming, expensive, and governed by complex and hard to understand regulations. Getting your case going in a timely fashion is among the best strategies for eventual success.