The charges are being brought after a widespread investigation by the Medicare Fraud Strike Force and allege $1.3 billion in fraudulent billing

DALLAS, TX – JULY 14, 2017 – Since 2007, the Medicare Fraud Strike Force has been responsible for over 3,500 criminal charges involving over $12.5 billion in fraud losses. On Thursday, July 13, they performed their biggest action yet, charging 421 medical professionals, including 115 doctors, with health care fraud crimes.

The investigation took place across at least 30 states, involved over 1,000 enforcement agents, and was brought together by a coordinated effort by the DOJ, DEA, U.S. Attorney’s Office, HHS-OIG, and the FBI, among other government agencies.

The enforcement is part of the government’s effort – both on state and federal levels – to crack down on medical professionals who exhibit fraudulent billing behavior. In particular, the efforts have been focused on fraudulent billing practices related to Medicare, Medicaid, and TRICARE.

According to the DOJ, the investigation was built upon tips from locals, including local reporters, in addition to computer programs that detect unusual behavior related to the prescription and distribution of controlled medications.

Of particular significance to this investigation was the number of medical professional charged with opioid-related crimes. 120 of the 412 charged were related to opioids. The federal government has been ramping up their efforts to curb the opioid epidemic. According to the DOJ’s press release on Thursday, “The charges… involve individuals contributing to the opioid epidemic, with a particular focus on medical professionals involved in the unlawful distribution of opioids and other prescription narcotics, a particular focus for the Department.” 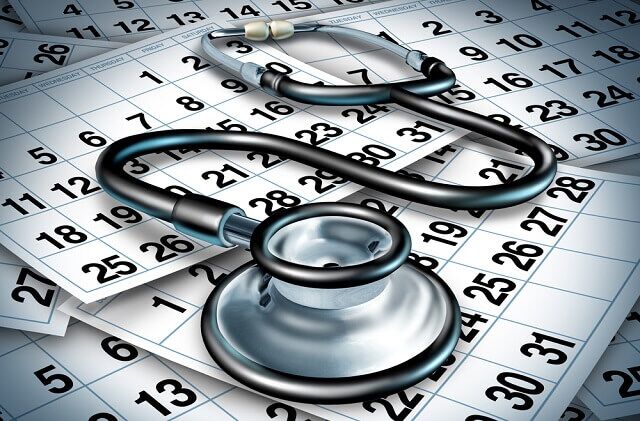 According to Dr. Nick Oberheiden, founder of health care fraud defense firm Oberheiden & McMurrey, LLP, “The government’s aggression toward medical providers has been increasing in recent years, especially with the onset of the opioid epidemic. Just last year, in June of 2016, they charged 301 medical professionals for similar crimes, and they have been allocating enormous funds to these enforcement actions. That’s why, if you’ve been charged with health care fraud, you need to find a qualified team of lawyers immediately to take up your case. The government is already building theirs, and they feel confident enough to bring these charges, meaning the defendants are already fighting an uphill battle. Without urgent legal assistance, there’s little chance you will be able to overcome – or mitigate – their charges against you.”

Beyond the health care fraud charges brought by the DOJ, the Department of Health and Human Services is also seeking to suspend nearly 300 doctors, nurses, and pharmacists.

When dealing with charges this serious, not just any legal team will suffice for your defense. Health care fraud is a complicated, nuanced set of rules and laws that require the knowledge and experience of dedicated health care fraud attorneys.

Oberheiden & McMurrey, LLP have been built such a team, and it’s filled with attorneys who understand the complexities and dynamics of these charges, and of the institutions behind them.

Dr. Nick Oberheiden is the founder and principal of Oberheiden & McMurrey, LLP, and a foremost authority on health care fraud defense. He has won cases arguing against the Department of Justice, the Office of Inspector General, the Drug Enforcement Agency, and the Federal Bureau of Investigation. In response to the stringent government crackdowns, and the aggressive approach of the Medicare Fraud Strike Force, he has built the health care fraud defense team at the firm to represent those charged.

Bill C. McMurrey is a former Department of Justice Trial Attorney, former Assistant United States Attorney, and the former Chief Coordinator for Criminal Healthcare Fraud at the Justice Department in North Texas. Bill offers clients decades of federal trial and healthcare law experience and he is available to discuss your situation today.

Lynette S. Byrd specializes in health care fraud defense, including Medicare Fraud and Anti-Kickback investigations. As an Assistant United States Attorney, she prosecuted a number of health care fraud cases with the Office of Inspector General, the Federal Bureau of Investigation, and the Internal Revenue Service. She has a deep understanding of how these agencies work, and the types of defenses that have sway in trial.

Glenn Harrison has also served as a Special Assistant United States Attorney, where he assisted the U.S. Attorney’s Office in a number of health care fraud prosecutions. He also represented the government in investigations involving the Department of Health and Human Services, the Office of Inspector General, and the Federal Bureau of Investigation.

If you’ve been charged with a health care fraud crime, now is not the time to delay in seeking legal help. The team at Oberheiden & McMurrey, LLP are ready and waiting to review your case and provide you with options. Go to Medicare-Lawyer.com to read more about your situation, or call Dr. Oberheiden directly now at (214) 469-9009.

The information contained in this statement does not constitute legal advice. Prior results do not guarantee similar outcomes. This information may constitute attorney advertising in some jurisdictions. All website disclaimers apply.